Hate Being the Boss? 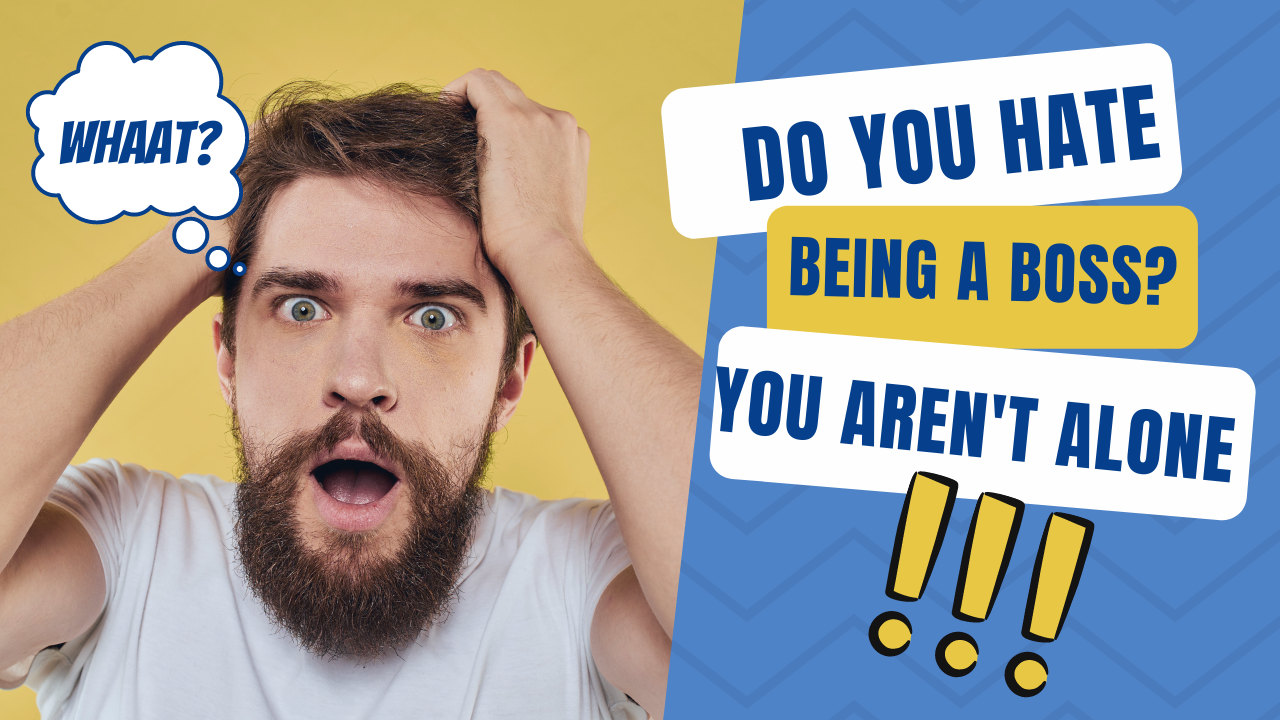 Preston is already late for work and feels stressed by the fresh Monday morning upon him. He decides to stop for coffee anyway. The five-mile drive to his office seems more like fifty. He is in his seventh month as production supervisor, and it feels like seven years. "How did it get this bad so fast?" he thinks. He used to love his job and his life. He is twenty-nine years old with a three-year-old baby boy at home. His relationship with his wife, Cindy, is excellent. And yet, he is so miserable. That faint yet undeniable sick feeling is coming back, and he ponders whether he needs to vomit again today.

The company offered Preston his supervisor position because he is a good worker, intelligent, and eager to learn. He is an excellent problem-solver and seems to be respected by his co-workers. A natural fit for the supervisor position is what the company thought. Yet, why is he so unhappy?

The truth about his situation is that he loves operating the machines. He is content to come to work, set up his machine, and produce the products. Preston is not focused on work as the center of life. He is good at creating, but his mind is more occupied by his family and the hobbies this job has allowed him time and the opportunity to enjoy. His new fishing boat has not been in the water in over three months. He usually works twelve hours a day instead of eight and cannot remember the last time his family had supper together. He brings home more money, but it is less per hour than he made before the promotion when figures hours worked. Many Saturdays get spent working at the plant, and his buddies cannot understand why he says no to the many invitations they offer.

His crew (twenty-two employees) is seasoned, chiefly veterans with a painful past. The cyclical business cycle has filtered most of the organization's good attitudes, leaving those that cannot find another job to work for Preston. Preston is younger than most of his employees and gets ridiculed as a "company man" behind his back. There are many good people on his team, but they find it easier to follow the pack than support Preston. Employees have learned how to "work-the system" and often miss work based on allowable "points" for attendance. Most days have three or four employees out for some reason or another. He has to fill in where he can, and human resources offer little help or advice to better his team.

Preston feels like he has made a big mistake. Life was good before his promotion. He made good money and enjoyed life. He had time to spend with his family and do what he loved. No one prepared him for this situation. He has not learned how to supervise others. Someone assumed he would do a good job. He will do his best and hopes it gets easier and better over time. He is afraid to let down those who promoted him to this supervisor position. He does not want his family to think he failed as a supervisor. They always say how proud they are of him. He feels sick each time he hears them brag about his new position as a supervisor. He wonders if there is a path back to the normal he once knew.

Preston's situation is widespread today. With so many older workers exiting the workplace, most companies have no strategy to replace the leaders of the present. People get promoted to leadership positions based on highly flawed logic. Many companies presume that if someone is good at something, they will also be good at supervising the same activity. This assumption is false in many cases. It requires an entirely different set of skills to oversee workers. The best analogy is sports and coaching. A player that excels on the field will most likely not excel as a coach. The skill and talent to organize and catalyze commitment to an activity or a purpose are different from completing an action.

Yet, what makes this situation so familiar? I think the situation existed all along and remained a minor problem during the era of the baby boomer worker. These employees would stay through the tenure of bad supervisors, and companies did not feel the pain of bad promotions. Peter Drucker states the average working life of an employee now exceeds the average life span of a business enterprise. This reality means business is changing faster than the people who occupy positions in a company.

The answer to the riddle is so simple to some and so challenging for others. Those that "get it" understand that innovation holds the key to long–term success. Exceptional and successful leaders know we must evaluate how much we "change" our jobs rather than how we "perform" our jobs. The key is the need for training and development of new leaders to adapt and thrive in this new world. The twenty and thirty-something-dominated workforce of the next ten years will create the change anyway. Only the companies that prepare the current and next generation of leaders will thrive. Those organizations that ignore what is most certainly coming will suffer greatly.